On June 15, 2021, 400 years after the "Pilgrim Fathers" crossed the Atlantic, the Mayflower left Plymouth in England to cross the ocean. A feeling of déjà vu, but this new homonymous ship, 4 centuries later, is an autonomous vessel. Its full name being: the Mayflower Autonomous Ship. [1]
Unfortunately, the attempt to cross the Atlantic without any sailors was a failure. Nevertheless, this project succeeded in proving to the general public that the race for innovation in the maritime world is still going strong.
What would Eric Tabarly, one of the greatest sailors, have thought of this autonomous vessel?
This is the question we will try to answer with Coralie Trigano, Export Sales Manager at Preligens.

Born on July 24th, 1931, Eric Tabarly was the son of a naval commander. From his earliest days, he sailed the waves of the Atlantic. He was only 7 years old when his father bought a sailing boat whose name would mark him throughout his life: the Pen Duick.
In 1952, he joined  the French Navy’s aviation service as a pilot, in the midst of the Indochina war, where he carried out his first operational missions. But he missed the sea and thus decided to continue his training at the Ecole Navale to become an ensign in 1960. After a few years, he returned to his childhood love: offshore racing.

Wishing to participate in the 1964  Single-Handed Trans-Atlantic Race, he managed to obtain a special detachment from the French Navy. It was on this occasion that Tabarly specially designed his first boat: the Pen Duick II, a 13.60 metre ketch, with which he won the race by crossing the finish line first on June 18th 1964.
Following this exploit, he was made a Knight of the Legion of Honour by Charles de Gaulle.

His missions within the Navy were also unique: he joined the Ecole des fusiliers marins in Lorient while continuing to participate in numerous races, including the second English transatlantic race, which he won in 1976 and the Transpacific race in 1969. He also set the Transatlantic sailing record in 1980. 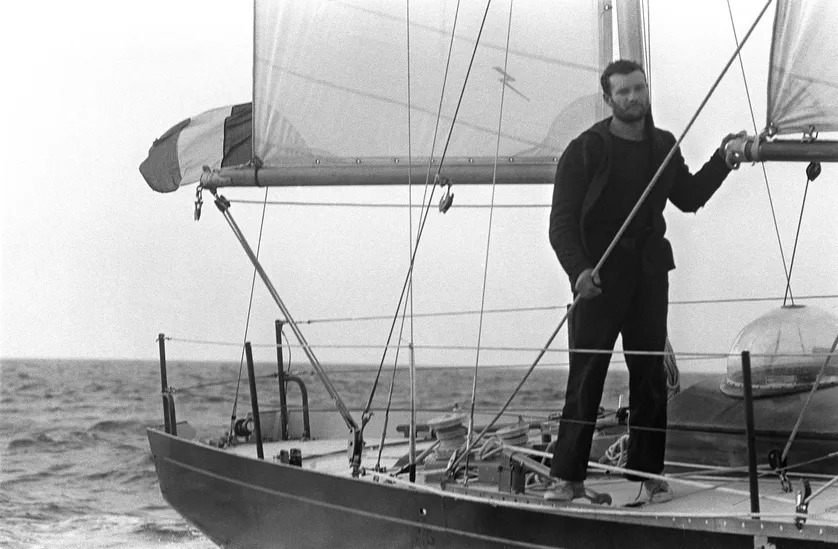 Tabarly on his Pen Duick II

After 33 years of loyal service, Eric Tabarly officially left the Navy in 1985 to devote himself fully to offshore racing.

These victories, Eric Tabarly obtained them first of all by his hard work, by his determination, but above all thanks to his extraordinary ingenuity. He revolutionised the world of sailing with his innovations, which are still used today.
He began with Pen Duick II, his first boat, on which he used marine plywood to reduce its weight, which enabled him to win The Transat in 1964. His second boat, Pen Duick III, underwent the same regime in 66 with its aluminium hull. The use of this alloy was a first in France at the time. But Eric Tabarly did not stop there. And with the Pen Duick IV, he designed the first large offshore racing trimaran. Another major innovation on this boat was the rotating masts.

In 1968, the most innovative sailing boat imagined by Tabarly came out of the Lorient shipyards: the Pen Duick V. This 10-metre long boat was the first sailing boat with ballast tanks. It also had a planing hull and a deep profiled keel, which gives it unrivalled hydrodynamics. We must also not forget the famous spinnaker socks that he invented at the same time.

Last but not least, Tabarly also created foils that were designed to suspend the boat above the water to reduce the contact and therefore the adherence between the wet hull and the surface of the water. Unfortunately, this new invention did not make Tabarly's Paul Ricard win, however, he did manage to unveil this innovation to the world. Today, the use of the foil has been democratised, and is a necessity for offshore racing. 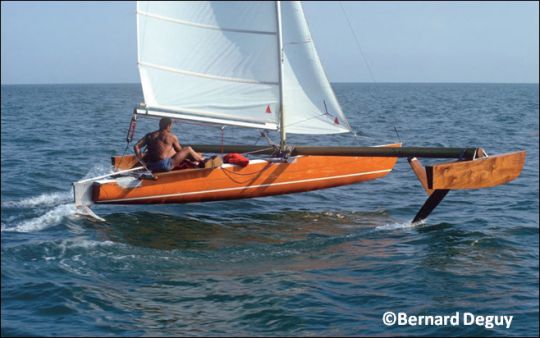 Tabarly's innovations were so numerous that it is difficult to list them all, but it is undeniable that with them, Tabarly left an invaluable legacy to the sailing world.
He established a true French school of sailing and trained many skippers including Olivier de Kersauson, Marc Pajot, Titouan Lamazou, Jean Le Cam, and many others.

He is still a source of inspiration and a model for today's skippers. As often said by Philippe Hartz, the figarist and former marine commando, that we support at Preligens.

Since Tabarly's death on June 13th, 1998, innovation in the sailing world has continued to flourish. Both in terms of equipment and technology. Offshore racing remains a true laboratory of innovation for the maritime world.

Today, a few days after the arrival of the Transat JAcques Vabre 2021, the performance of the Ultim trimarans, these flying boats on foils, at more than 40 knots, is extraordinary and continues to improve.

François Gabart, second in the last Transat Jacques Vabre, holder of the around the world sailing record, spoke about innovation during a round table on AI last October. "Without electronic assistance, it becomes impossible to sail. Artificial Intelligence allows us to optimise the boat's performance. It also allows us to understand and learn." 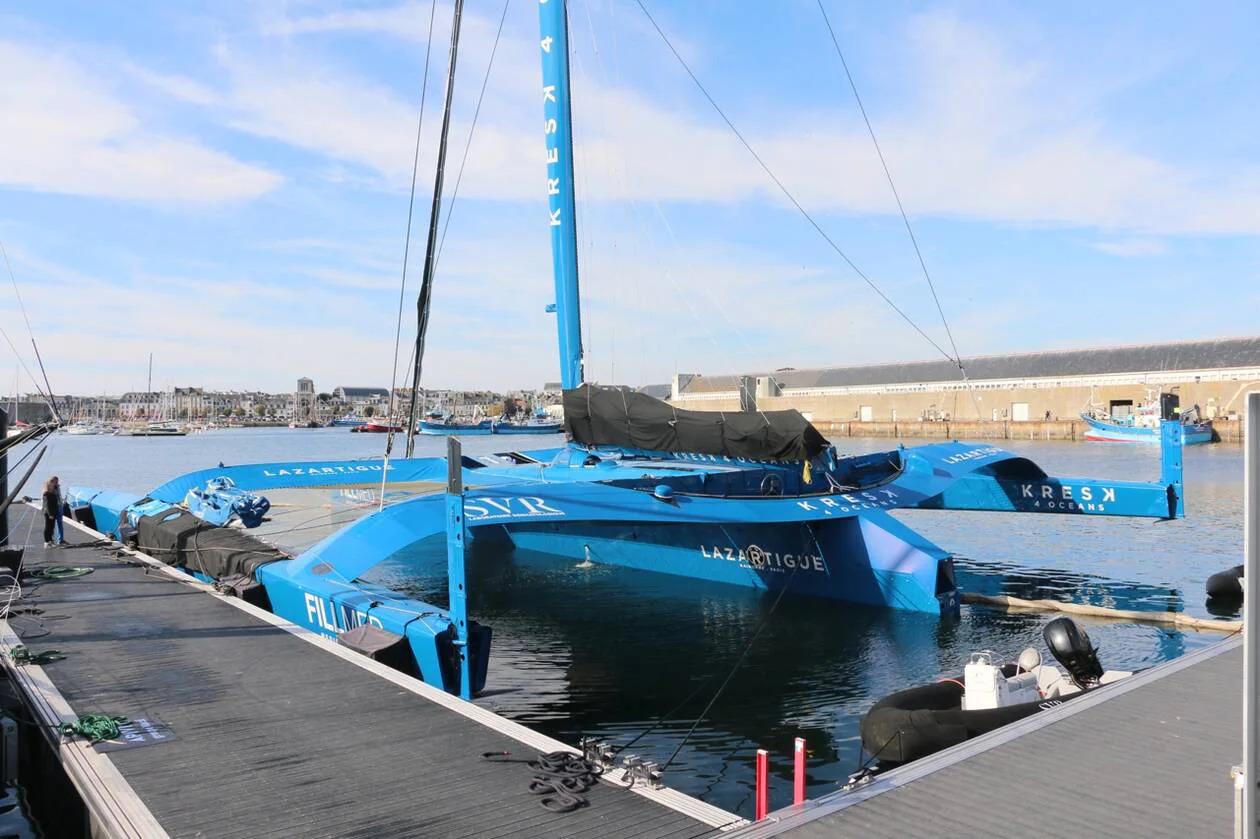 In addition to ensuring the safety of the skipper, AI also helps to optimise the performance of the sailors. The two teams skipper-boat and man-machine merge to become the trio skipper-boat-machine. It is now up to the sailor to find the best balance in this new equation. 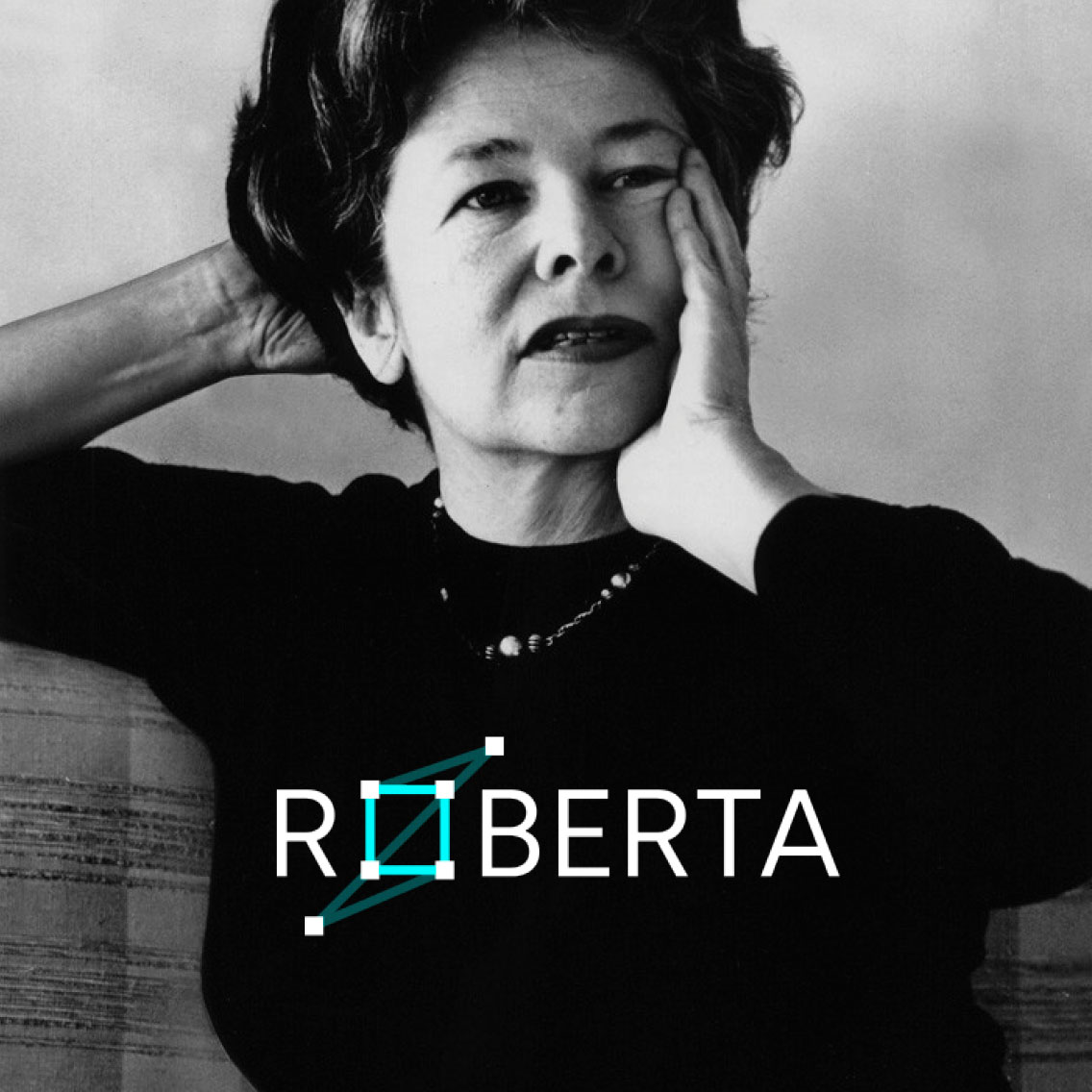 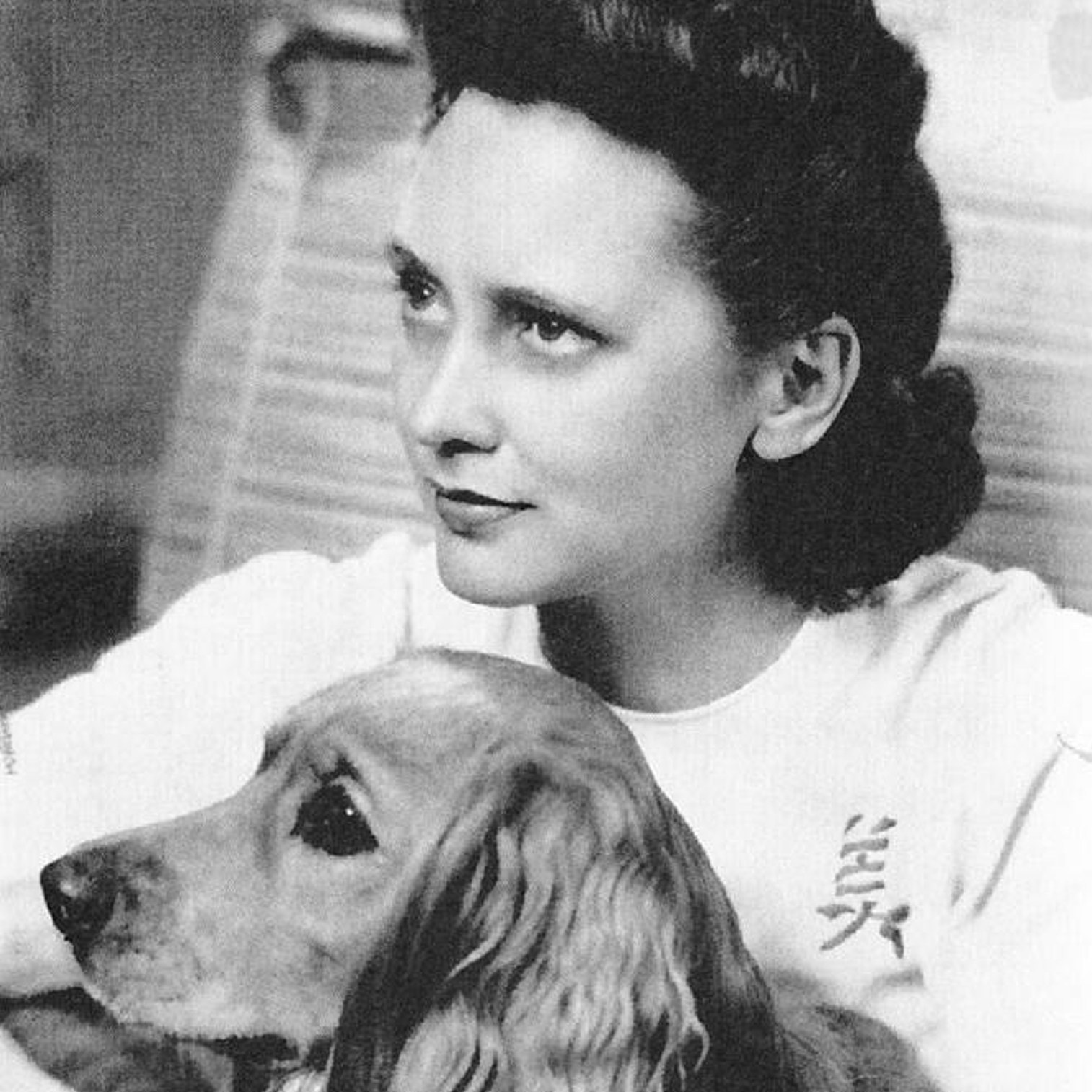 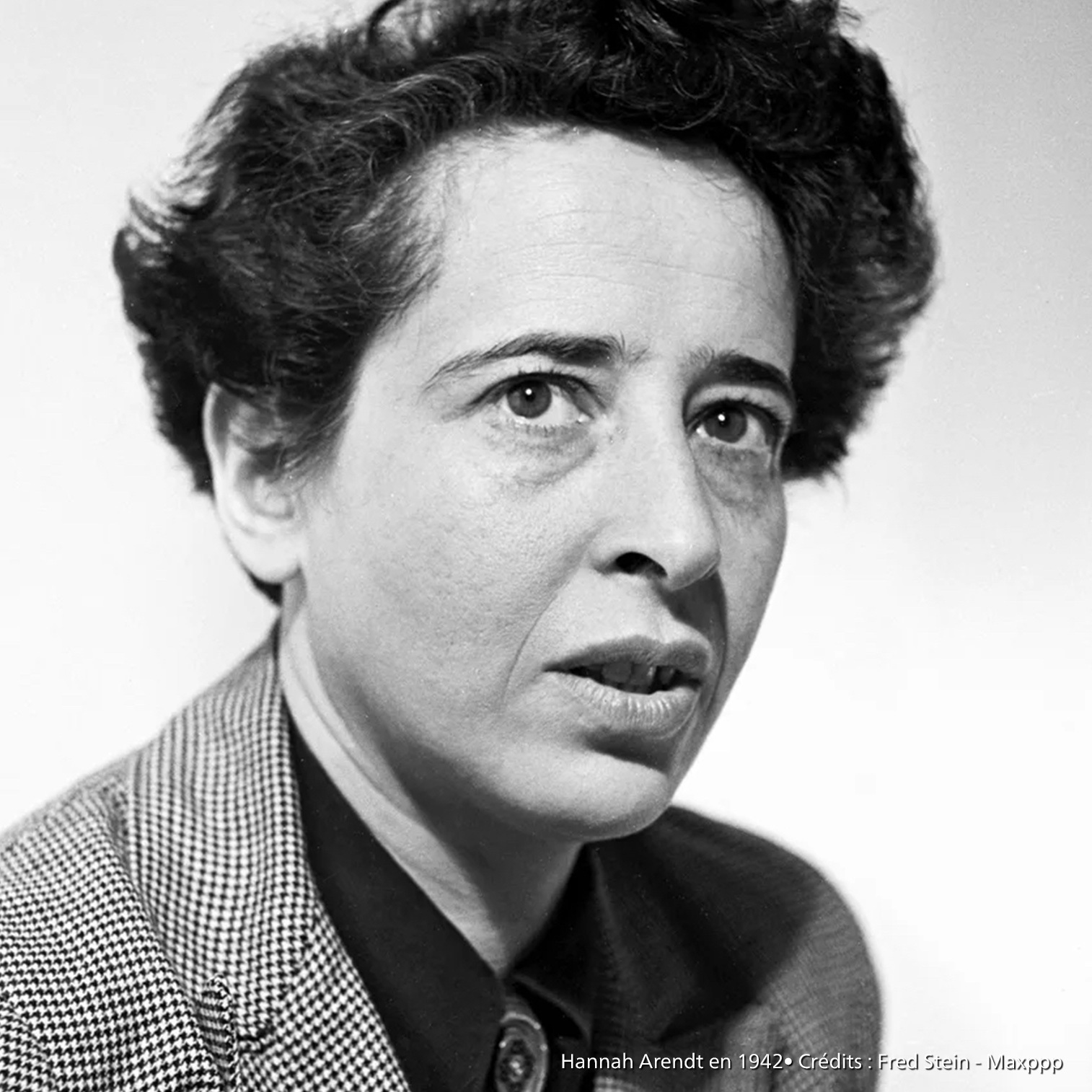